31 years ago, the 1992 was a significant year. The fourth census was successfully completed. At that time, China had a population of 1.13 billion, China won its first prize in the International Winter Olympics. Other than that, the National People’s Congress approved the Three Gorges Project, the first bowl of “Master Kong” braised beef noodles was launched, the world’s first text message was born, and Deng Xiaoping made an important speech during his southern tour, whih played a key role in driving China’s economic reform and social progress of the 1990′s. 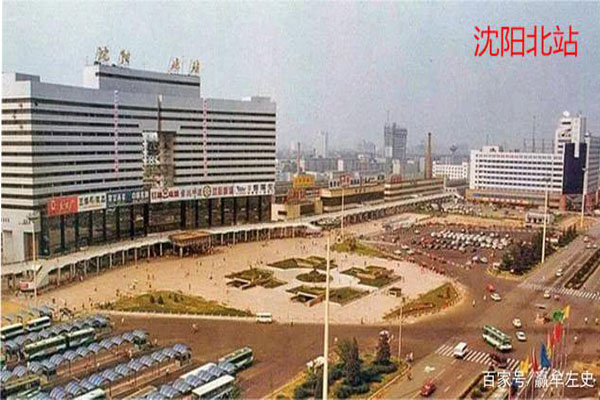 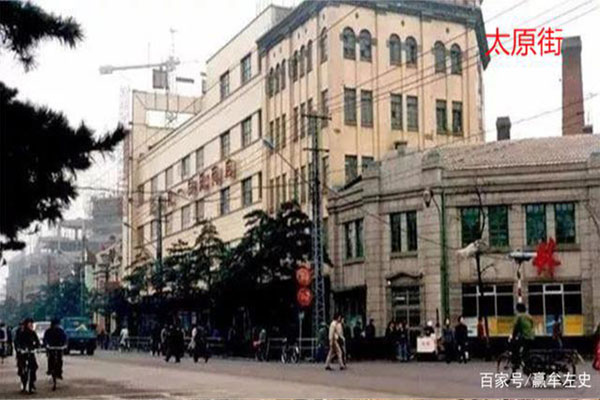 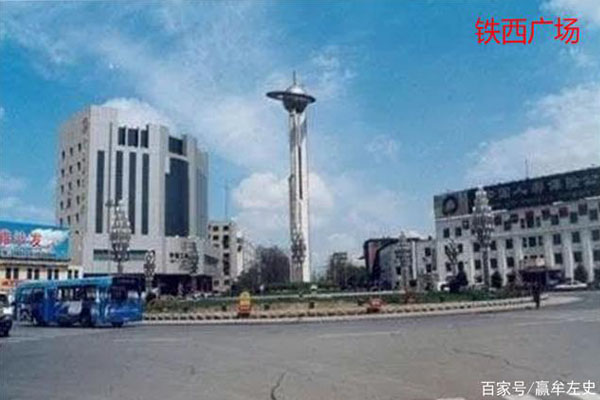 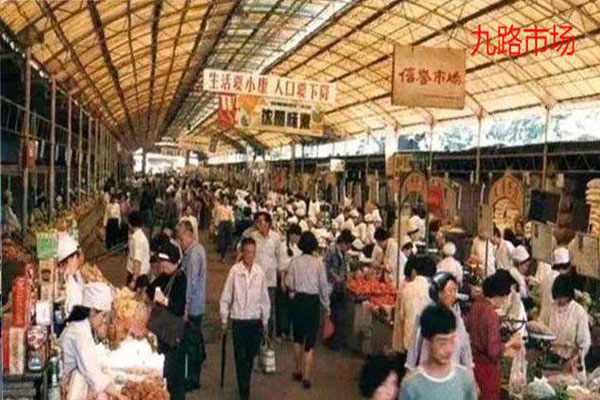 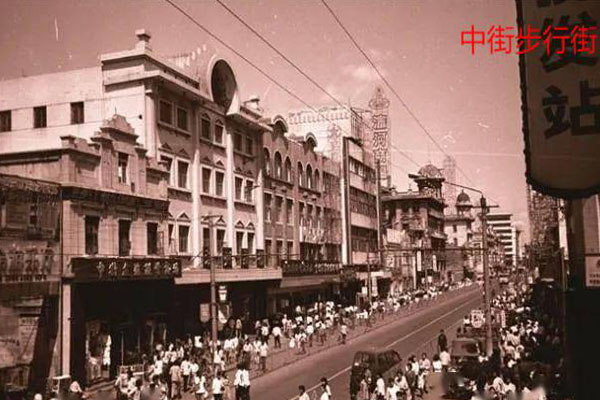 During the 31 years, time brings a great change to the worlds.

Densen has experienced numerous challenges in these 31 years.

So today, all Densen members meet together at the foot of Shenyang’s Qipan Mountain to celebrate Densen Group’s 31st anniversary.

We also carry out a fitness & environmental protection activity.

Fitness is to strengthen spirit and body.

Protecting environment is a principle that requires Densen Group to be a socially responsible company and remain true to our original intention ever and ever.

At 8:00 am, all Densen members gathered at the foot of the mountain on time. During the epidemic, not only the same clothes, but also the same mask. Each group also took their respective team flags, ready to go! 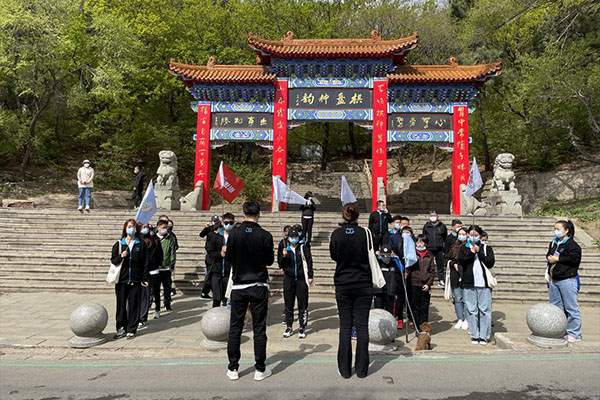 In order to celebrate with us, some of the clients who have been cooperating with Densen for many years message specially to request for a whole live broadcast to join with us. Other than that, we also took the opportunity to meet the new comers, everyone greeted each other warmly. 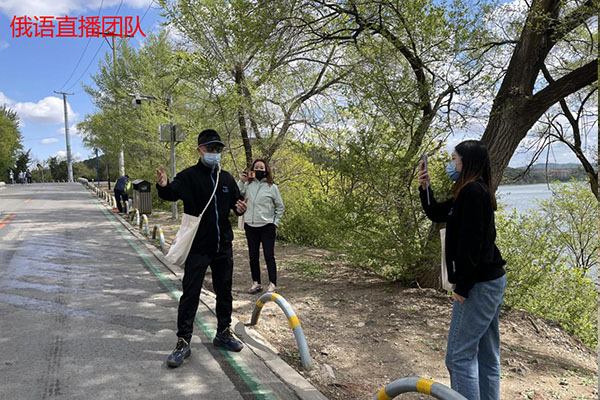 Halfway through the race, everyone’s strength shows a  decrease. Even if it was a race, all the members also took care of each other, wait for those who climbed slowly to move forward together, everyone in Densen aspires to be the champion, but never forget that we are a team.

Echo has the fitness routine for a long time, so she takes this climb with ease. 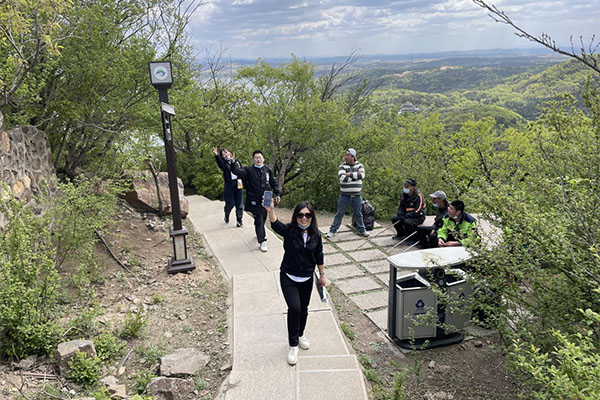 As we walked, the old employees reminding themselves irresistibly of the scenes of those Densen Day activities in previous years, the junior colleagues listened to those stories and experiences with great interest.  The culture, spirit and philosophy of Densen  are exchanging and passing  in every unconscious moment hence. 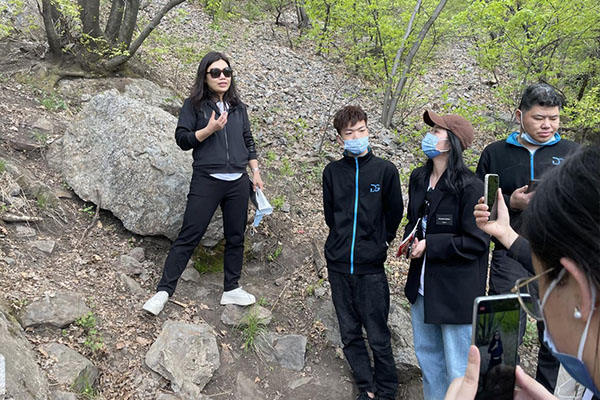 The final winner is Team “Six wins under the blue sky !”

Finally, after an hour, the whole team gathered at the top! We made it to the top! Teams are assembling at the top of the mountain one after another. 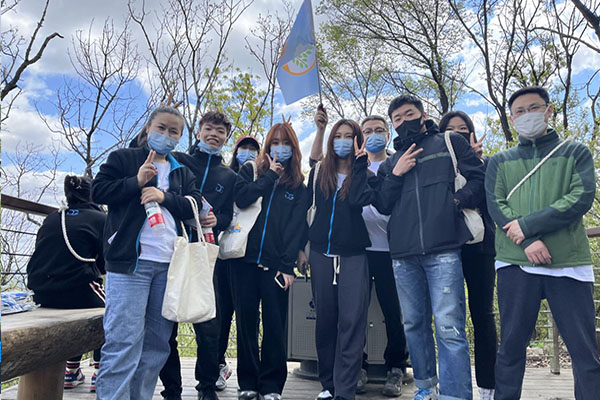 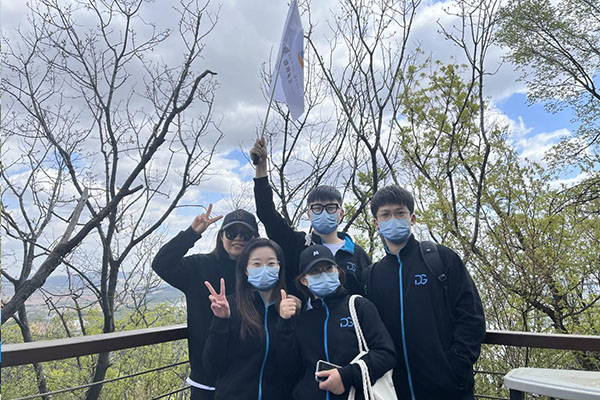 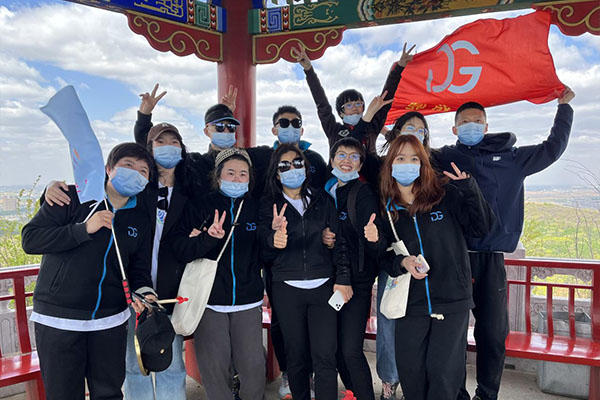 The clear weather and beautiful natural attractions were too much for us to  come back to want to stick around. We took a short break and everyone is just about ready to go down the mountain, the fitness activities are over and the environmental activities are about to begin!

By now it was noon, and we picked up all the trash left by tourists on the way down the mountain, with tool holders and trash bags ready to go. 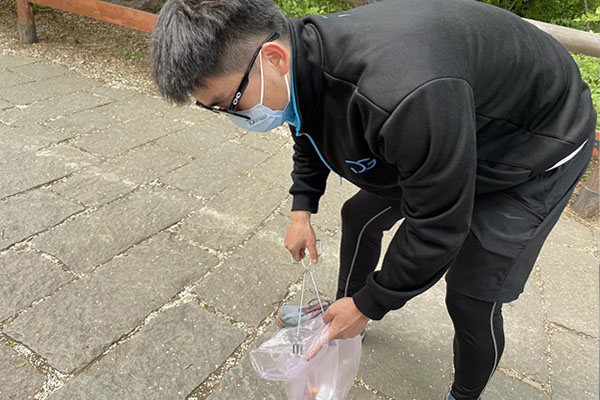 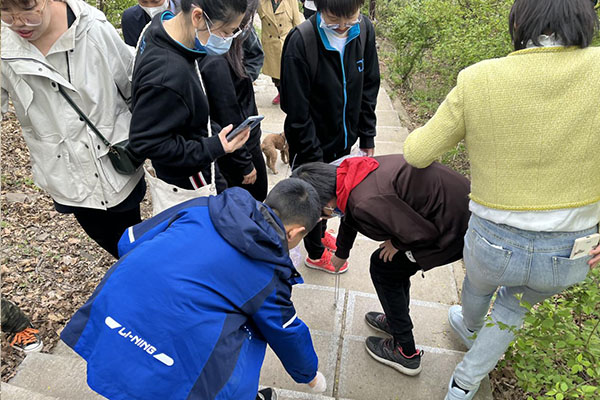 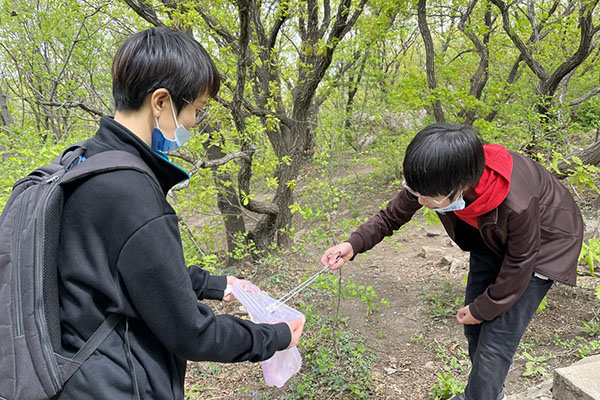 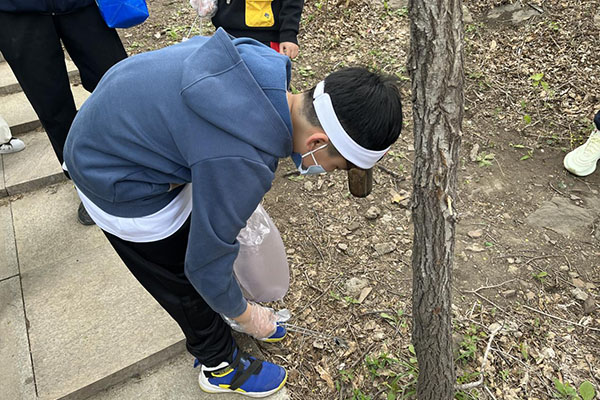 During the descent, everyone was relaxed and happy, and the paths we walked on were becoming neat and tidy. 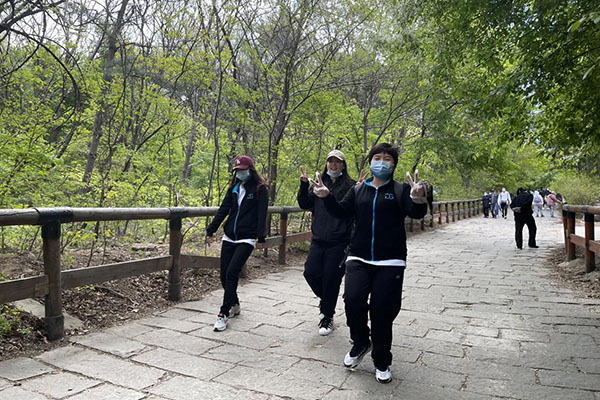 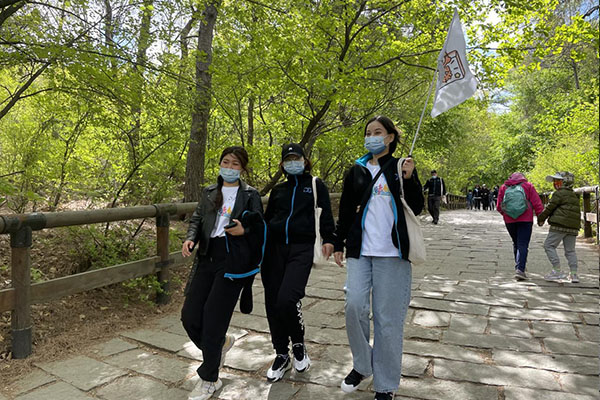 At midday, all Densen members assembled at the foot of the mountain and had a good “grade”.

So tired after climbing and playing, what can be more satisfying than a good meal at this moment?

Densen has already prepared delicious food for everyone, enjoying!

After the meal, we also played games. This moment, position and age are no longer important, everyone quickly  fits in the game well, which brings a sense of unity with their respective groups than before. 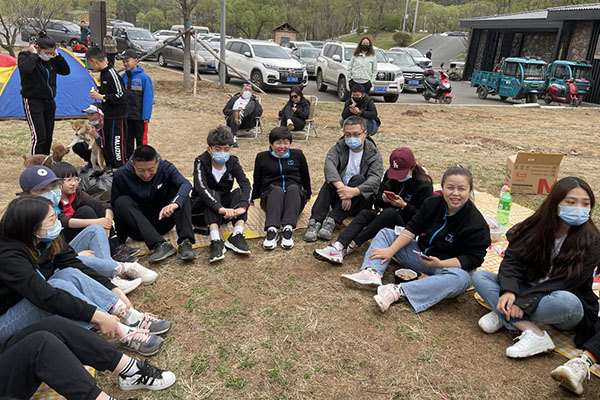 It was getting late, we take away our own trash and clean up the site we have passed. 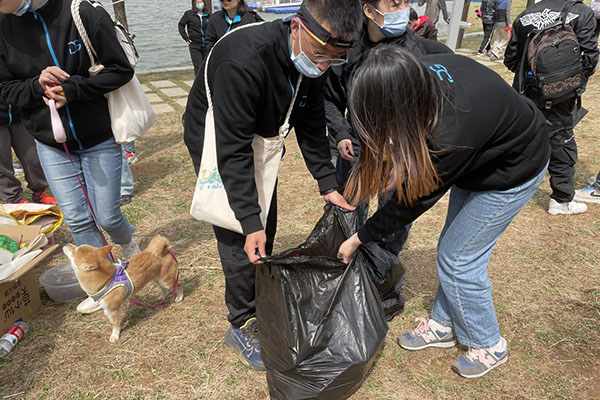 Before we leave, during Echo’s speech, all the employees once again clarified the meaning of our flag. 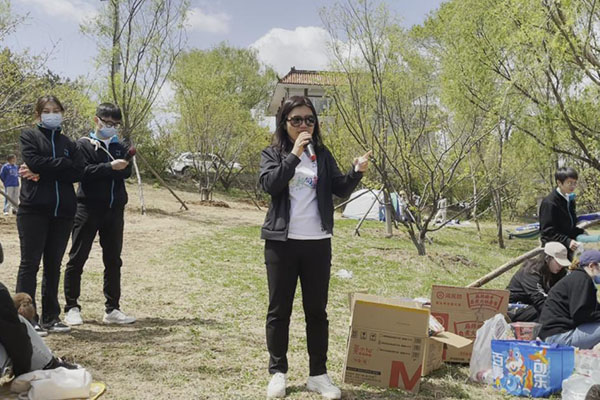 D stands for Densen, which is also the initial letter of the company’s English name: Densen. Also, D represents the first word of the company’s Chinese name–”鼎”(dǐng), a tripod. In China, it is a symbol of power, unity, cooperation, and integrity. This is also a reflection of our company spirit.

G is the initial letter of Group, representing the ideal of building and  optimizing the supply chain ecosystem around the Densen platform continuously.

The blue color in the logo is the base color of Densen’s business operation, representing greatness and eternity, solemnity and nobleness, rigor and professionalism.

The rest of the gradient blue represents Densen’s constant search for newness and innovation.

At last, we connect the Ningbo branch members for a collective group photo, and the 31st anniversary of the founding of Densen Group – climbing activities successfully ended! 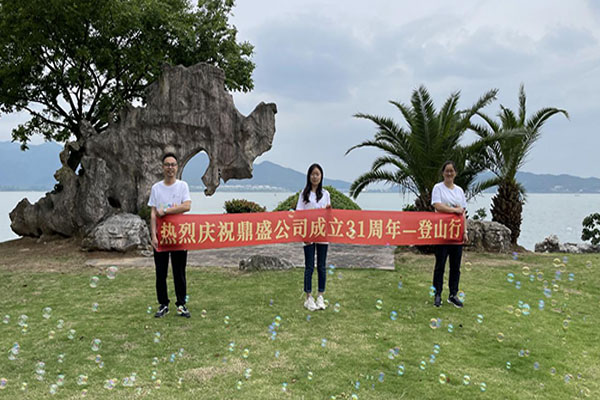 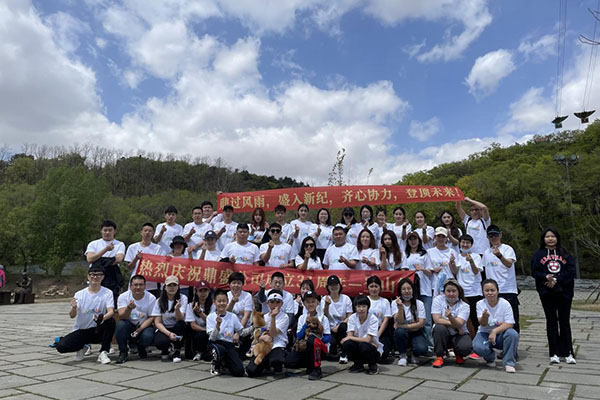 This anniversary will undoubtedly remain in the memories of all Densen members, and we will have more anniversaries in the future. In 2022, Densen members will continue to work hard and continue to bring happy lives to our clients, families, shareholders and ourselves, as we rise to the future!